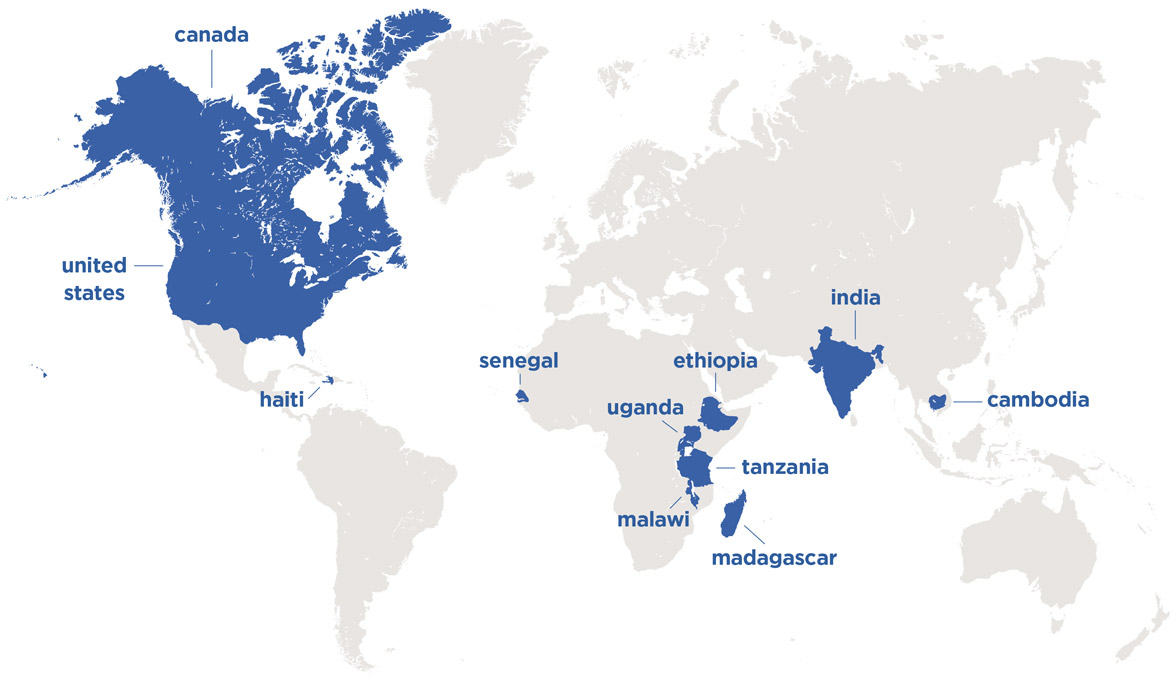 Nepal is one of the poorest countries on the planet. Over 80% of the population live in rural areas and depend on their environment for food and shelter. Due to this, the impoverished are the first to experience the negative impacts deforestation have had. In just the last 20 years, Nepal has lost over 25% of its forest cover. With that, many of the rural populations have faced diminishing farmland productivity, exposure to landslides, and a dwindling food supply. Tragically, without the education to manage these dwindling resources effectively, the rural populations often degrade the land even further.

With our Nepal partners, we are able to support three distinct regions - the Chitwan National Park, the mountainous region in Nawalparasi, and the grasslands area close to Jhapa. These projects are focused on a variety of benefits that include creating a buffer zone around the Chitwan National Park - a World Heritage Site, soil stabilization to protect communities from landslides, and education to ensure the villagers understand how to sustainably harvest wood. By planting trees in Nepal, we are providing education, resources, clean water, and more.

Madagascar has one of the most unique environments on the planet. Approximately 90% of the local plant and animal species are not found anywhere else on the planet. Due to this, the deforestation that has taken place over the last few centuries has been particularly destructive. Today, less than 10% of the original forest cover still stands. This lack of forest cover has resulted in increasing rates of erosion, unproductive farmland, entire species going extinct, and more. Today, Madagascar is tentree’s largest project. With over 8 million trees planted so far, we are working to restore both the coastal Mangrove population as well as the in-land tree species. By doing this, we are providing hundreds of jobs, thousands of hours of employment, and restoring countless habitats for wildlife. In addition to employment, we are committed to providing education to the local communities in order to ensure that these problems don’t arise again. By planting trees in Madagascar, we are providing a better future for the locals.